I’ve been seeing this tag floating around and decided to have a go at it since it looks really fun! I’m sure a lot of you have seen others do this tag, so I won’t bore you with a description of what the tag is about. Also, the title of the tag is pretty self explanatory!

I originally had Furyborn by Claire Legrand in this spot, but I recently finished Beyond a Darkened Shore by Jessica Leake and I. Fell. In. LOVE with that book! The mix of Celtic and Norse mythology was flawless and really interesting, and the characters had depth and weren’t the normal “I’m-a-teenager-with-too-much-power” kinda thing. Ciara knew that she wasn’t the strongest fighter and played to the strengths that she does have, which is her mind control. Leif we find out is an uncannily good fighter, but that is only because he made a deal with some Gods to be granted that power. They make a great team, and even though I’m not one to ship people or have book boyfriends, Leif and Ciara come pretty close. Right up there with Feyre and Rhys for me!

I actually haven’t read a ton of sequels so far this year, and I think that is because I started blogging and reviewing towards the end of last year so I’m discovering all of these books that people rave about, both past and present. That said, the best sequel I read so far this year was Daughter of the Siren Queen by Tricia Levenseller. 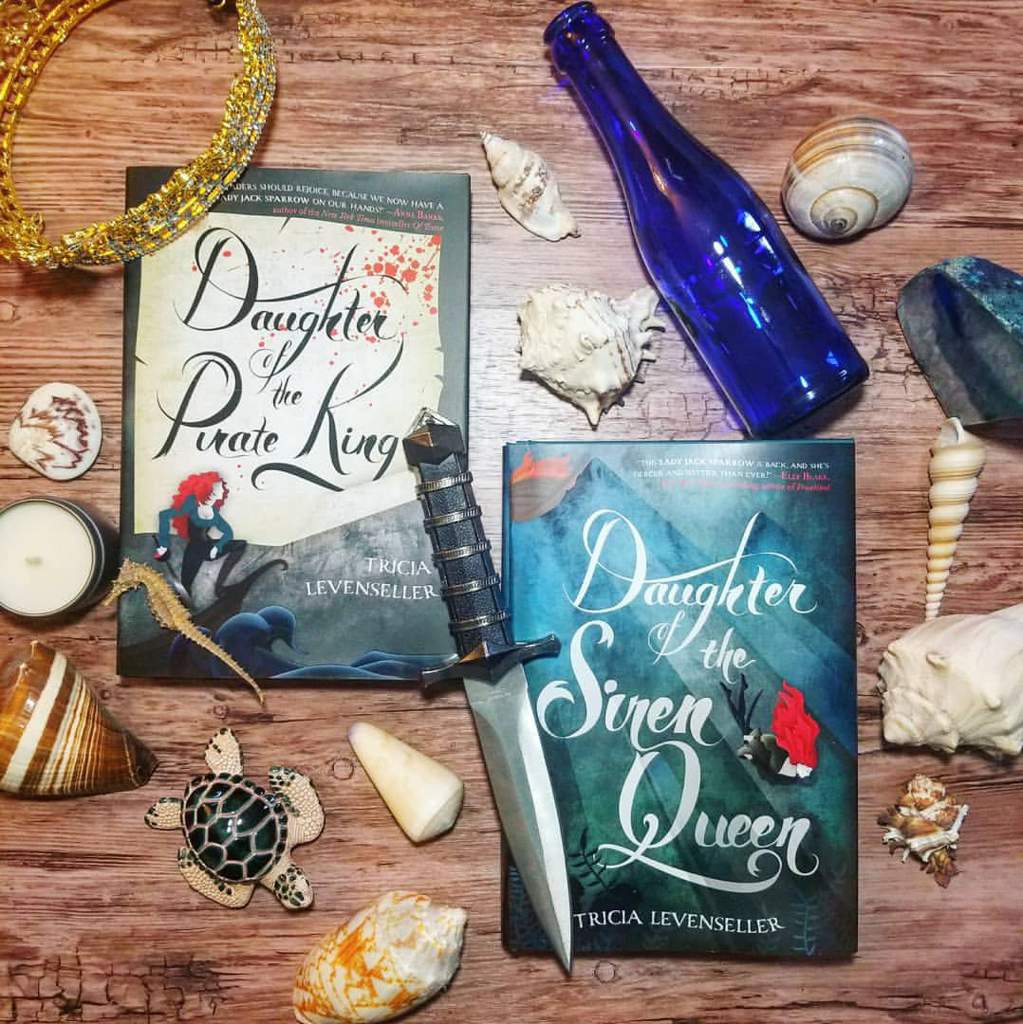 New Release You Haven’t Read Yet, But Want To

Basically all of the new releases on my shelves that I haven’t read yet. Some that come to mind are Children of Blood and Bone, The Savior’s Champion, Onyx & Ivory, and Sweet Black Waves to name a few. Basically, if you go to my recent bookshelf tour just put all the new releases on this list. 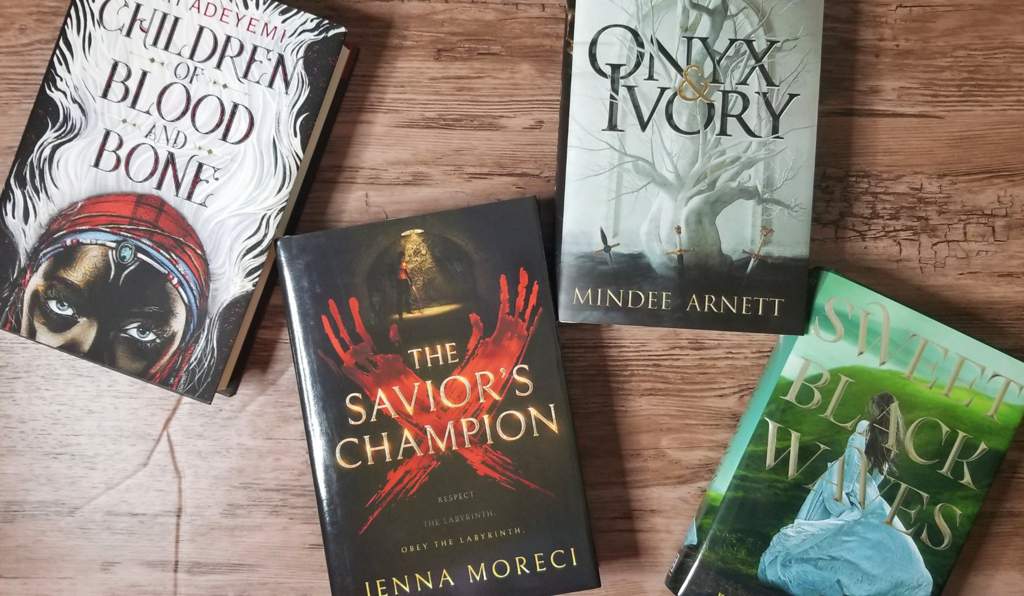 Most Anticipated Release For The Second Half Of The Year

Besides anything Sarah J Maas, I’m really excited for George RR Martin’s Fire & Blood which comes out November 20th and you better believe that I already pre-ordered it! 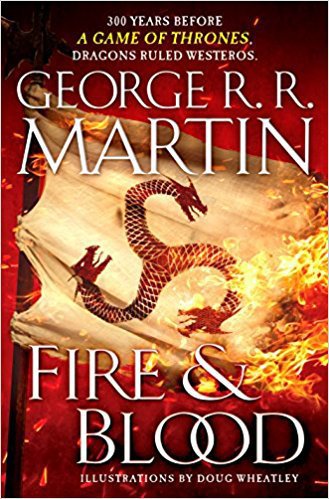 This is a toss up between The Surface Breaks and The Queen Underneath. Both I was super excited for but they both fell horribly short. I do have full reviews for both of these posted, so you can check those out for my full thoughts on these books. 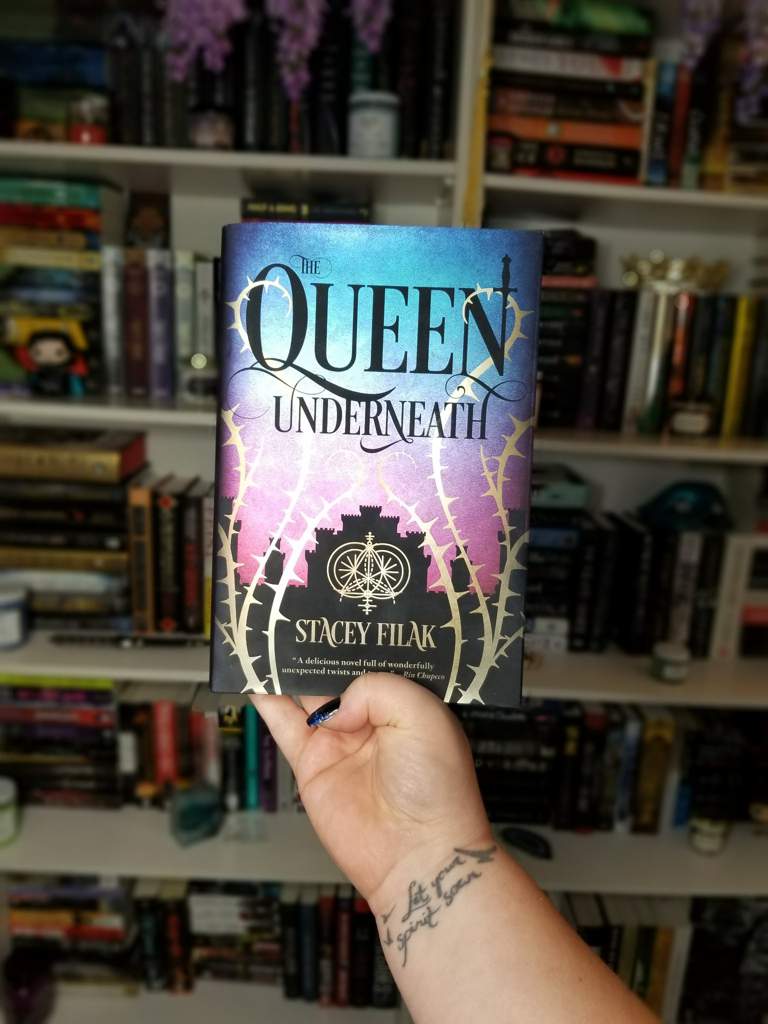 The Girl in 6E surprised me the most, not because I was expecting it to be bad or anything like that, but because of how ADULT it was! It’s labelled a thriller about a cam girl who obsesses about murder, and to keep herself from killing people she locks herself in her apartment. Then something happens and she needs to leave in order to save someone. Now, I’m by no means naive or innocent, so I know

what a cam girl is and what they do. But what I wasn’t prepared for was how much detail there was in this book! Like I mentioned, it’s labelled as a thriller but it read more like an extremely smutty romance. Emphasis on EXTREMELY. But despite that, I did really enjoy this book! I would consider continuing on with the series. 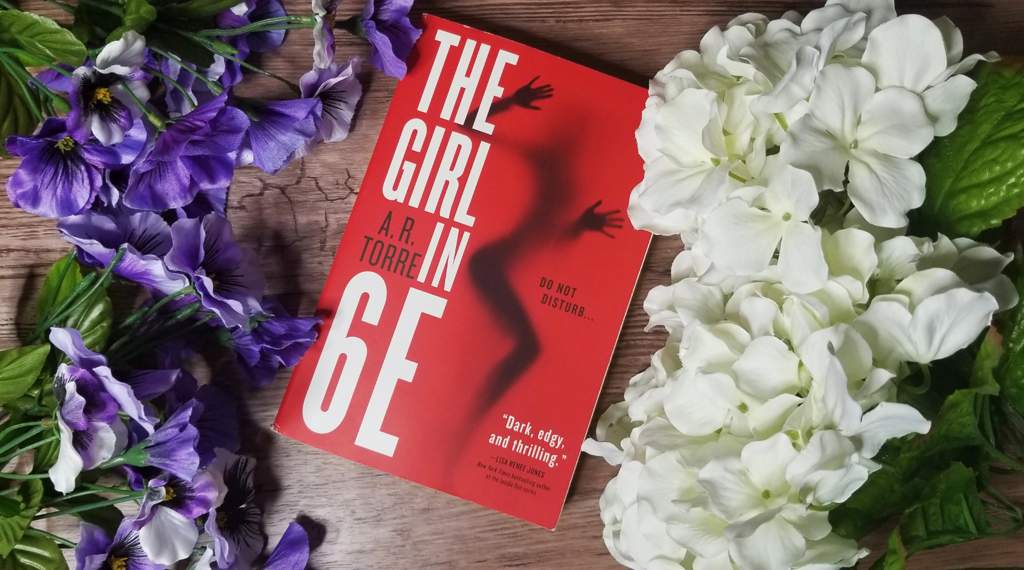 I have to go with Claire Legrand for this one! I loved Furyborn so much that I immediately went out and looked to see if she had any more books published or releasing soon. I will probably buy every book that she publishes at this point. 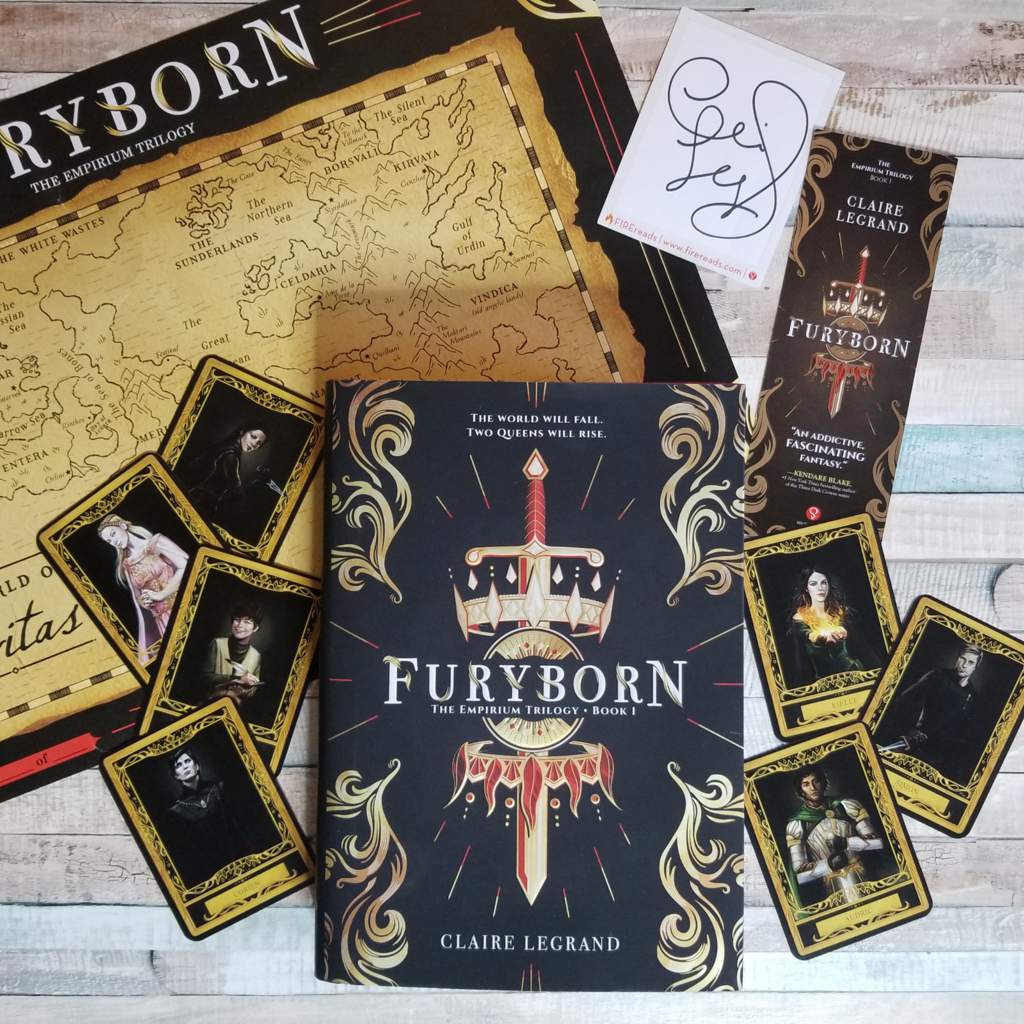 Like I mentioned before, I’m not one of those book boyfriend people, I don’t really give in to fandoms or ships or anything like that too often. I mentioned Leif from Beyond a Darkened Shore earlier, so to add another one on here I would say Fiske from Sky in the Deep. 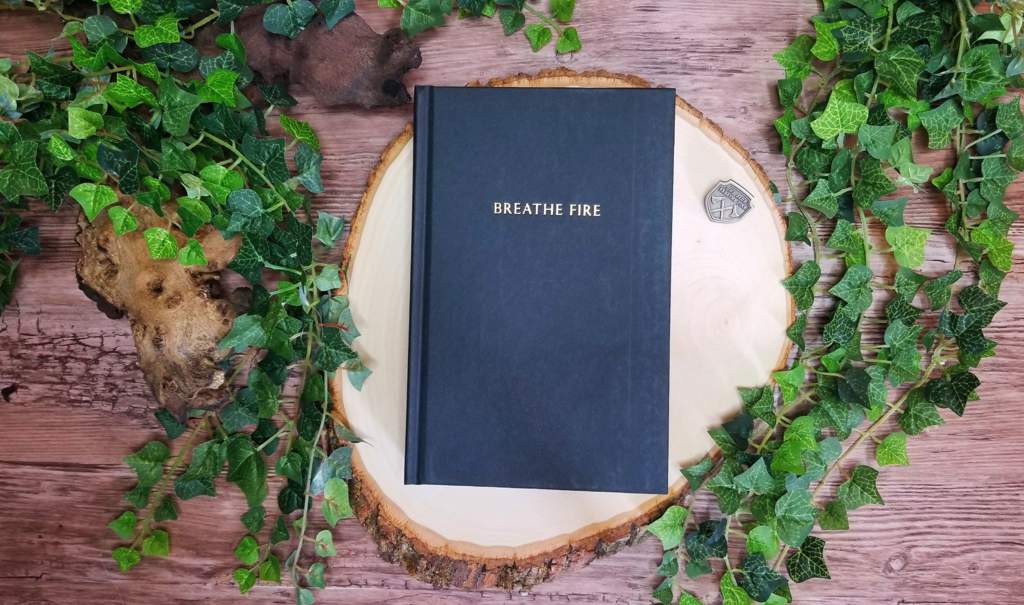 This would definitely be Daleina from The Queen of Blood! I love how she never loses sight of her goal and she isn’t all powerful. She really works hard at mastering her magic, and even with all her practice it still doesn’t come easy to her. But not once does she give up, even when people tell her she won’t be the best. 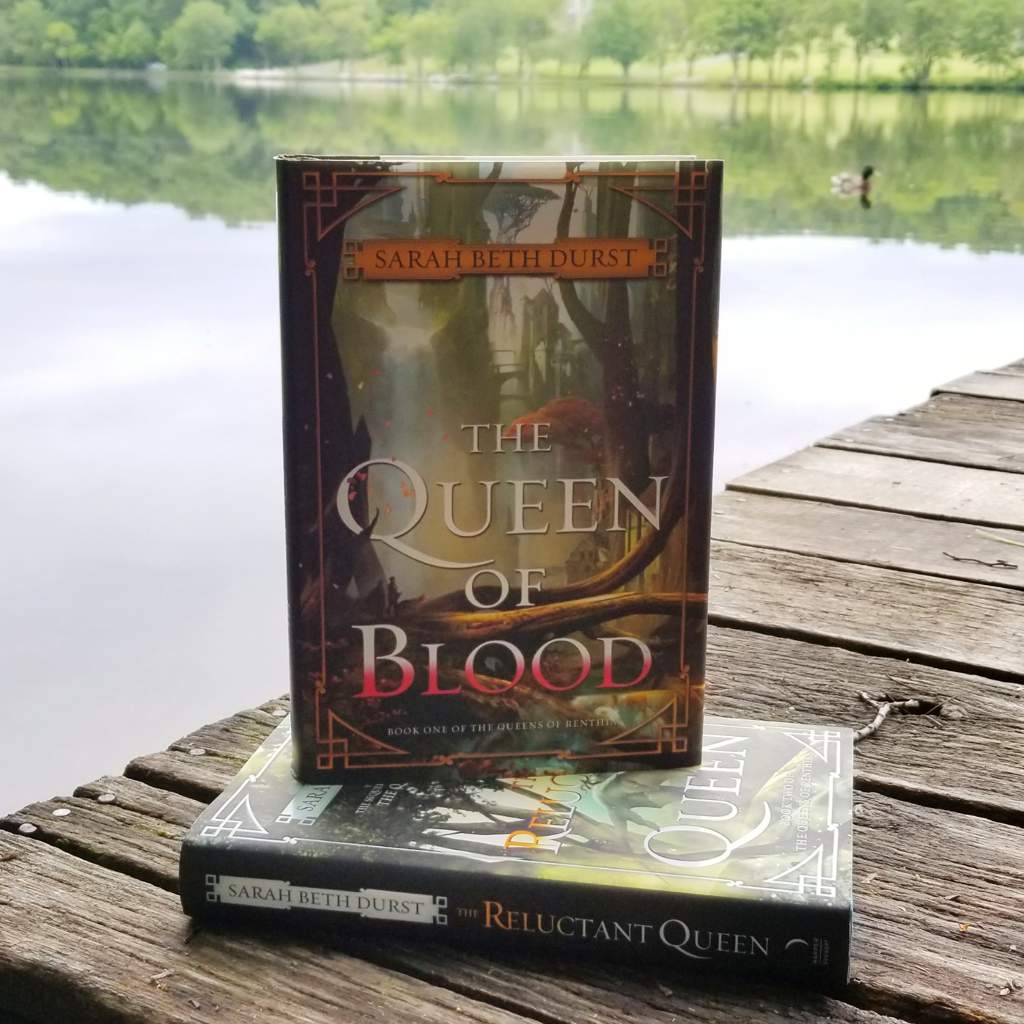 Book That Made You Cry

Hands down this goes to The Hate U Give by Angie Thomas. I listened to this on audio, and man was that a powerful and emotional way to read this book! It just added so much emotion to it and it was so hard to listen to, important at the same time. 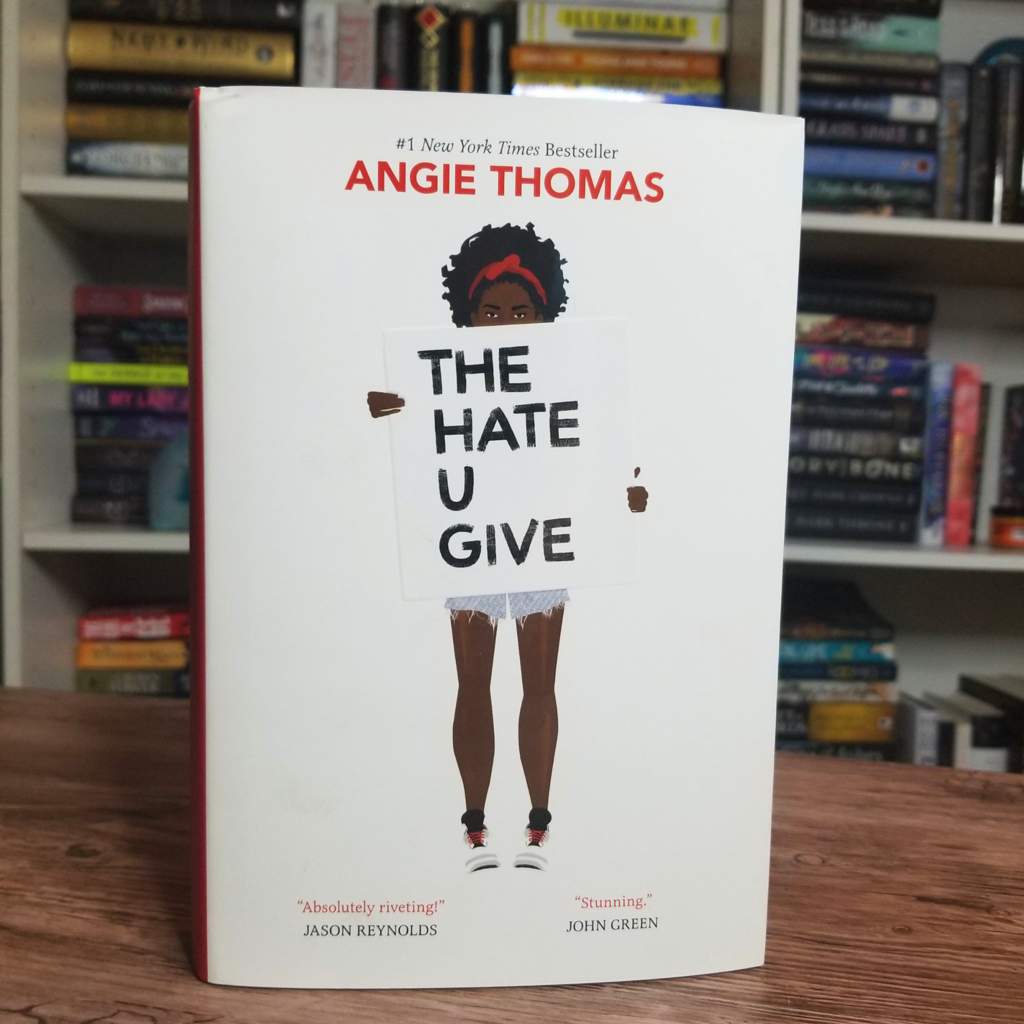 Book That Made You Happy

I have to go with A Court of Frost and Starlight for this. While it didn’t really have a plot and it wasn’t the best book I’ve ever read, I could not stop grinning like an idiot while reading this novella. I gave it 5 stars purely out of enjoyment of seeing these characters again and seeing them interact. If I were to give it an honest rating taking everything into account, it would probably be around 3 stars. 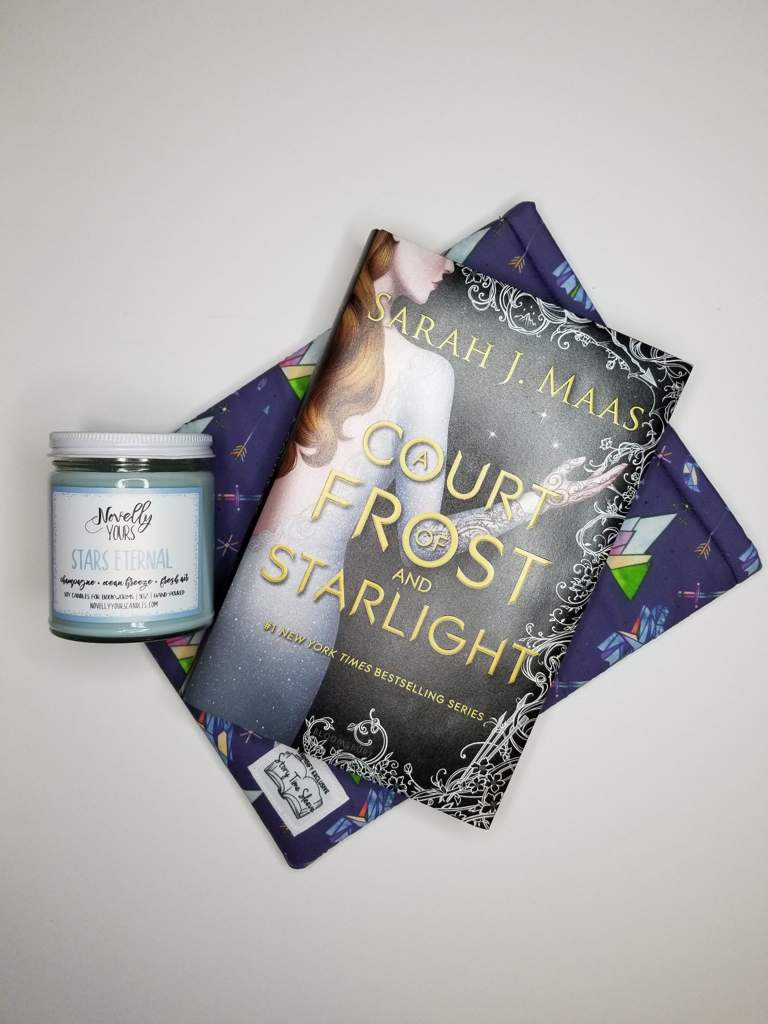 Favorite Book To Film Adaptation You Saw This Year

So I haven’t seen any new movies, and I haven’t watched any new adaptations, so I have to go with my favorite movies of all time, LoTR and The Hobbit! I’ve already watched both series (6 movies total) twice this year alone. So that may be cheating because it’s not new to me, but still my favorite adaptation ever. 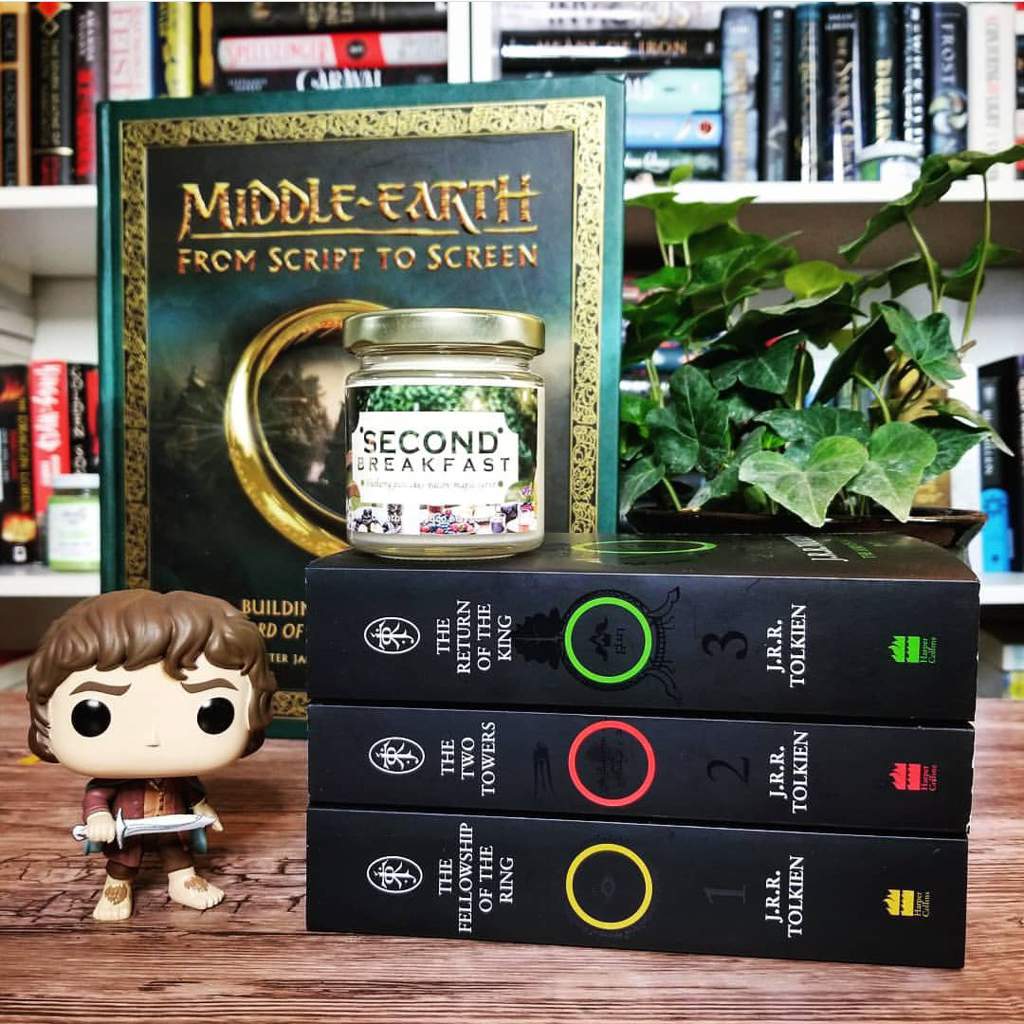 I think my favorite blog post I’ve written so far is my Requesting ARCs 101 post! It’s not my most popular, but I put a lot of effort into it and I’m really proud of it! 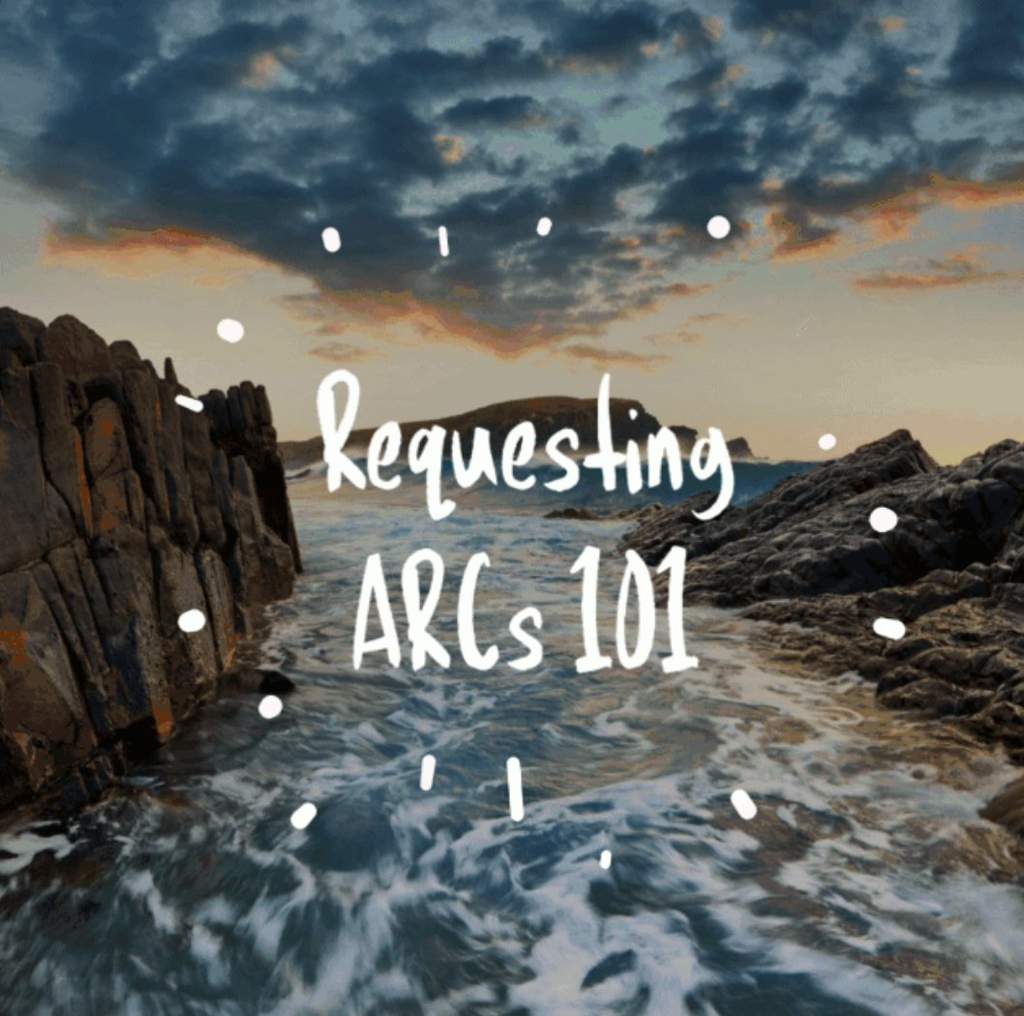 Most Beautiful Book You’ve Bought So Far This Year

First off, all books are beautiful! This is honestly a really hard question, because I’ve bought so many books this year and I don’t even know where to begin. I was going to name a few, but then I realized it would pretty much be all of the books I mentioned throughout this post. So I’m going with the Minalima edition of Beauty and the Beast, because the cover is gorgeous and the illustrations inside are stunning! I really want to get more of these editions in the future! I also want to give a special mention to the beautiful edition of Sherlock Holmes that I found in an antique shop while on vacation! 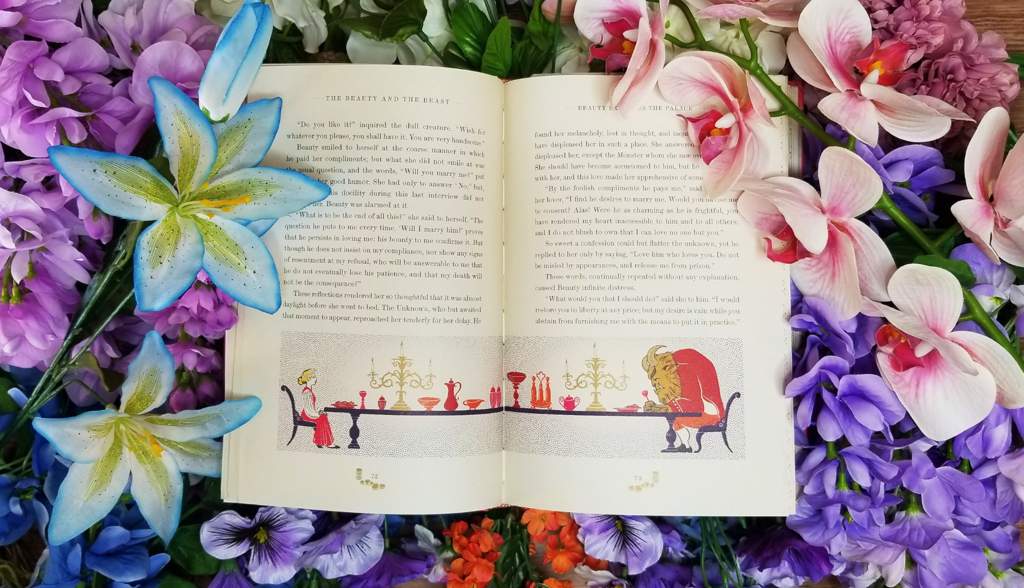 What books Do You Need To Read By The End Of The Year?

Like I mentioned before, I bought a ton of books this year and I haven’t even gotten close to reading them all! So I really want to make a decent sized dent in my TBR. If you’ve seen my bookshelf tour, you can pretty much assume that most of those books I haven’t read yet. I’m admitting to myself that I have a book buying issue. 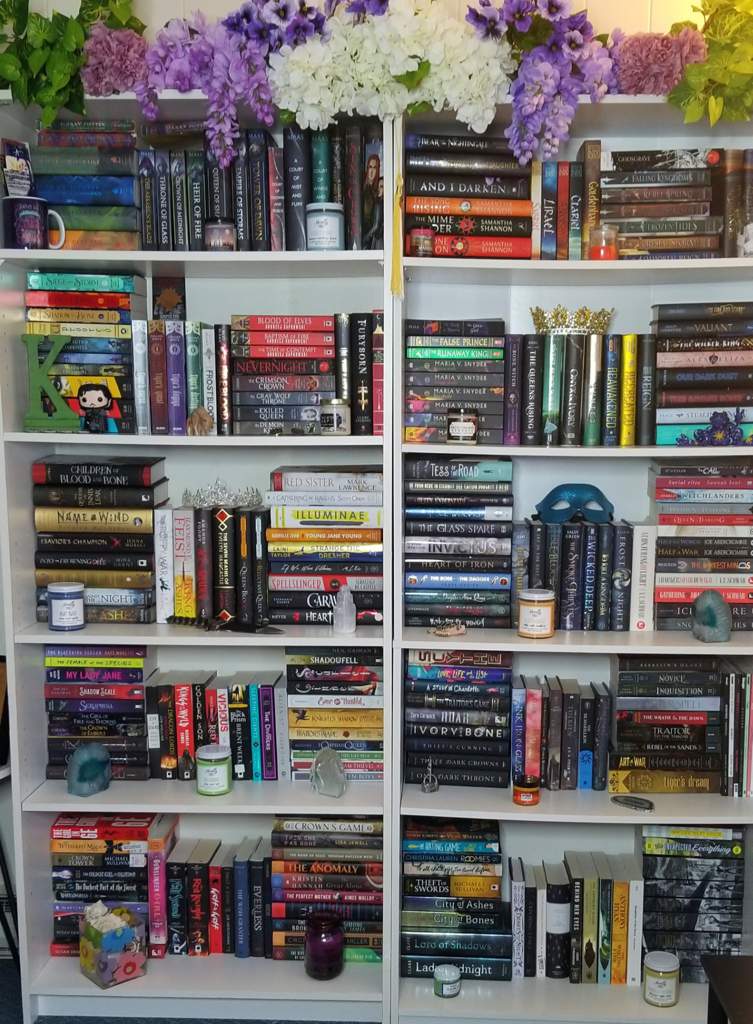 So that is it for the tag, I do want to add in my own question though.

I pretty much wanted to add this question so I would have an excuse to talk about Kings of the Wyld by Nicholas Eames. Yes, it came out in 2017 but it’s a debut book that I read this year so I’m adding it. It’s my question so I can make it whatever I want! This was my favorite debut of the year and I’m so hyped up for the companion book Bloody Rose coming out in August. If you haven’t read this yet and you like fantasy, especially fantasy with dry, sarcastic humor, READ THIS BOOK. 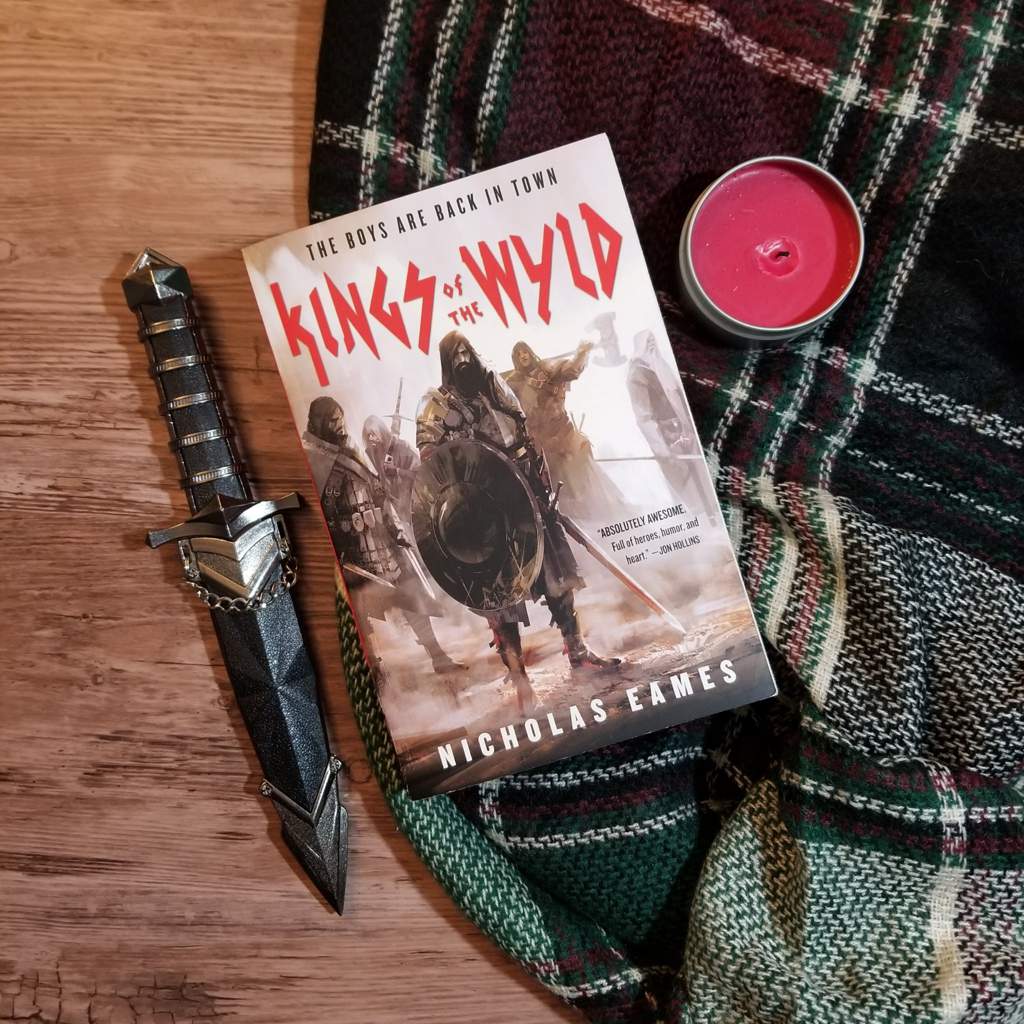 Thank you all for sticking through to the end of this post, and let me know in the comments what your answers would be for this tag! I’m always up for a discussion. I won’t be actually tagging anyone, so basically if you are reading this, consider yourself tagged!

← The Queen of Blood ~ REVIEW
Books I Haven’t Finished…Yet! →