As I’m sure a lot of you are, I’m a mood reader. So for me, if I start a book then another one catches my eye, I’ll put down the book I’m in the middle of to start a new one. This results in me having a ton of books that I started, but haven’t finished. I do plan on finishing them one day, but who knows when that will be?

So as I’m sitting here staring at my shelves (because who doesn’t do that?) I realized that I really wanted to share the books that I am in the middle of but haven’t picked up in a while. There are a lot of them, so let’s just get right into it.

Ruin and Rising by Leigh Bardugo

This is one of the few that I put down because it wasn’t holding my attention. I just don’t connect with any of the characters and kinda don’t really care what happens to them. I was listening to this on audio book, so I may finish it out eventually just to have the series completed.

I recently read and loved Sabriel, which is the first book in the series. I immediately started Lirael, but then got the next book on this list so I started that one instead! 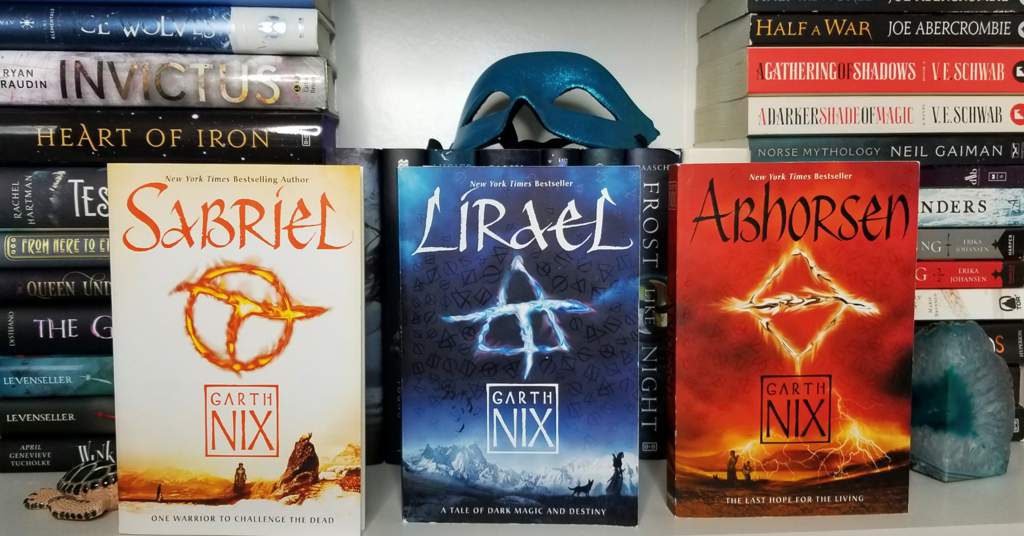 This is actually an ARC copy of this book that I won in a Goodreads giveaway, and I hadn’t read any historical fiction in a long time so I immediately dropped Lirael to pick up this one! This is about the Tsarina of Russia (Anastasia’s grandmother, actually) so I was really intrigued! Then I pulled up the wikipedia page about her and promptly lost interest, since I know what happens in the book. I will finish it eventually though! 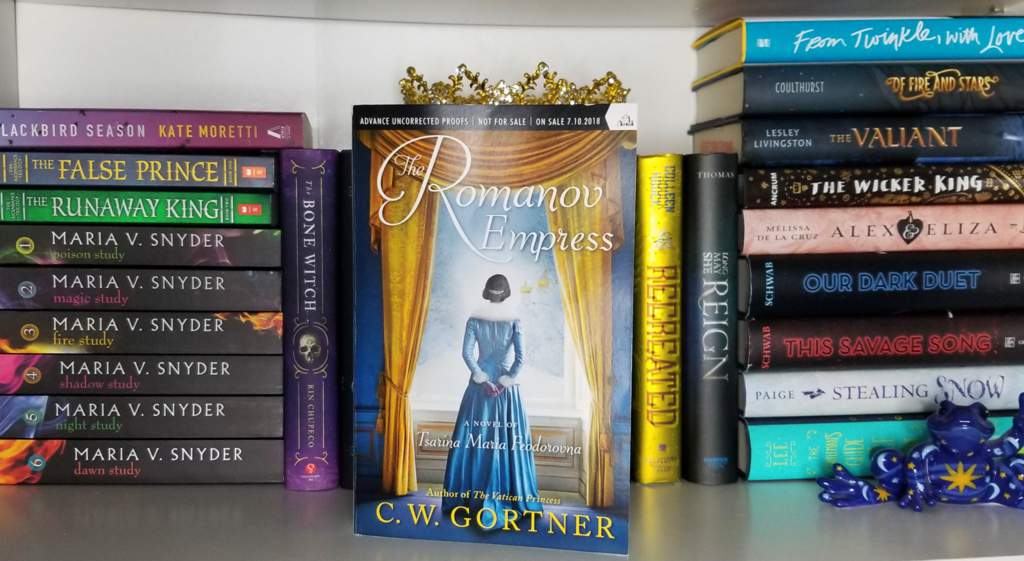 The Seven Deaths of Evelyn Hardcastle by Stuart Turton

This hasn’t come out in the US yet, so I had ordered the UK edition because Emily from BookswithEmilyFox raved about it and I love all of her recommendations! I ended up putting this one down because I felt like it was taking me forever, and of course, another book caught my eye. I 100% want to continue this at some point because it is a really intriguing book! 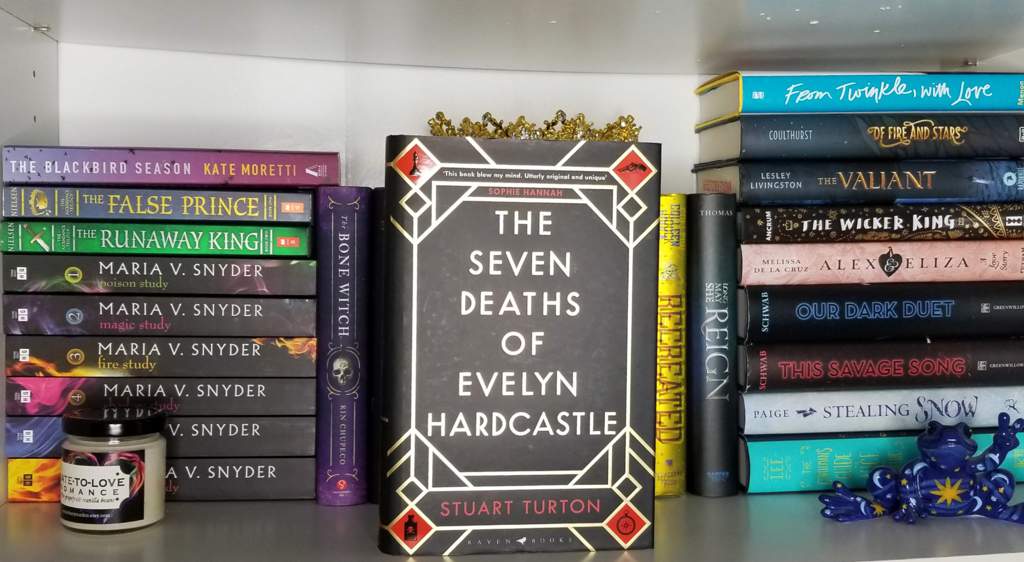 Mark had actually commented on one of my instagram posts telling me to read this, since I have a ton of his books but haven’t read any yet. I am actually halfway through and really really enjoying it (I need to find something to say other than I really enjoy a book). I ended up putting it down for a new release that I was hyped for and never went back to this one. Eventually! (Sorry Mark!) 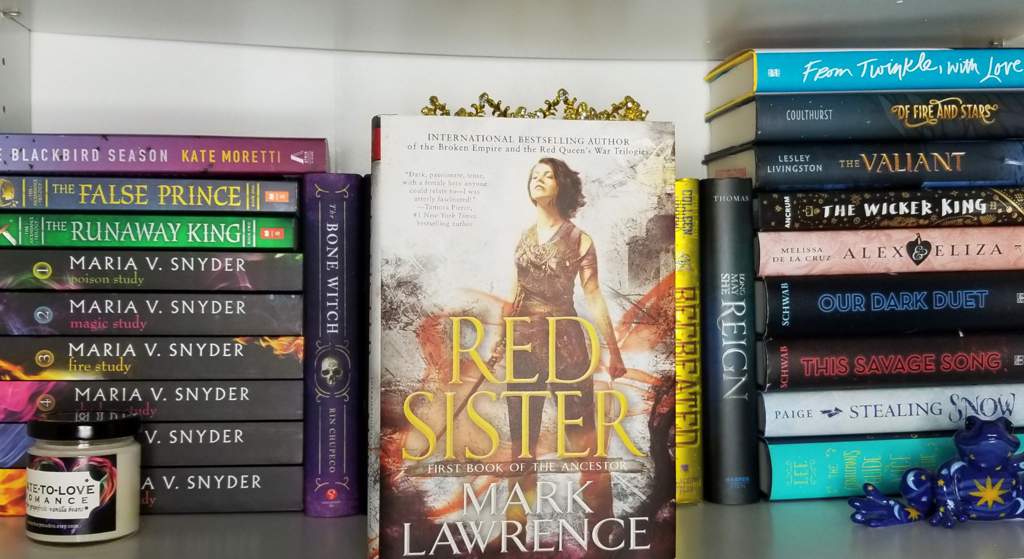 The Hobbit and The Fellowship of the Ring by J.R.R. Tolkien

I’m combining these two books into one entry, because I love the movies for both of these books and wanted to read the books, but, you guessed it, something else caught my eye so I put these down! These ones are a little different from the others, because I’m so familiar with the plot that I just pick these up and read a few pages here and there, so it’s not that I actually put them down, I’m just not reading them for hours on end. 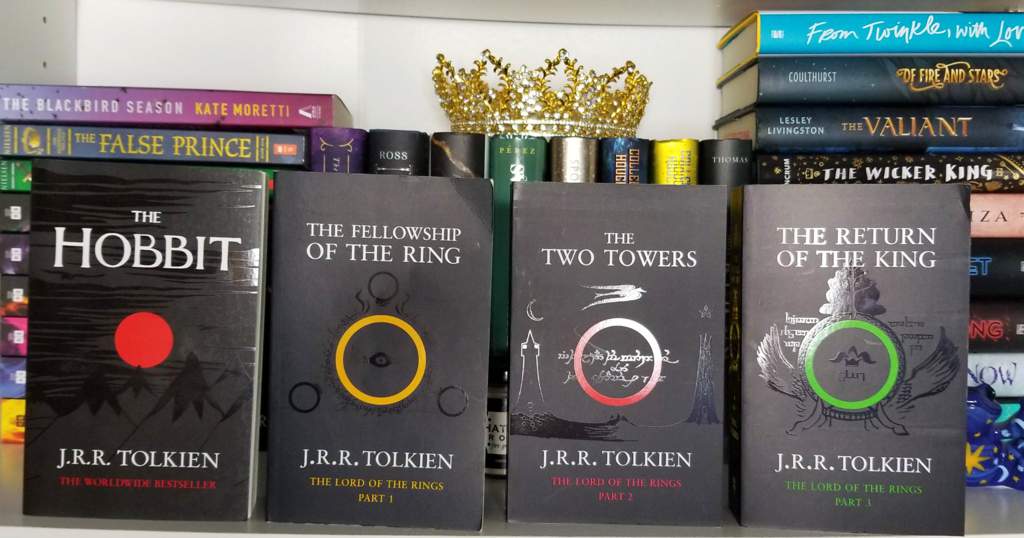 Okay don’t hate me for this one! I am LOVING this book, but with all the footnotes I just had to take a break from this because it’s one of those books you really need to concentrate on and I just didn’t have the brain power to do that at the time. Again, I do plan on finishing this one. Eventually. 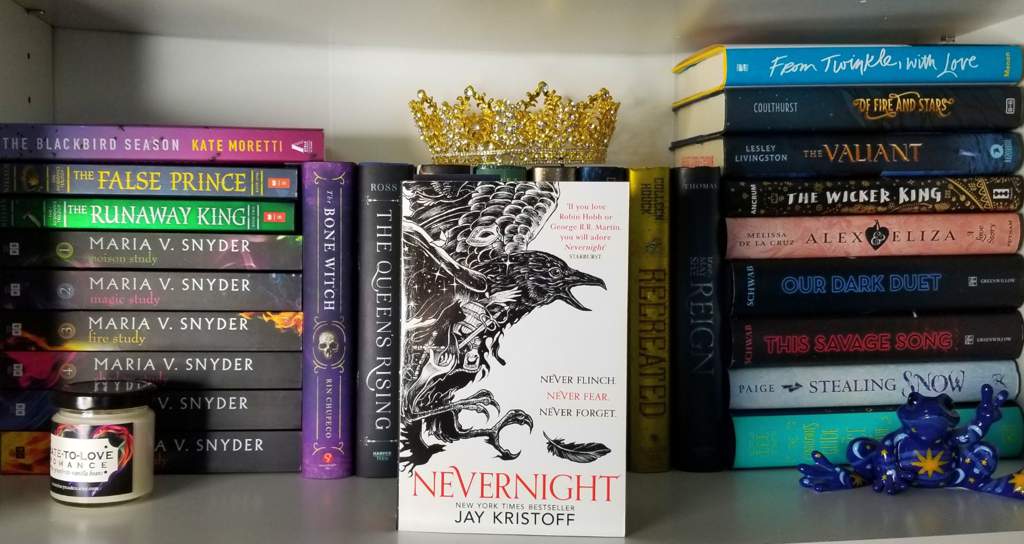 The Well of Ascension by Brandon Sanderson

I loved Mistborn, so I dove into book 2 immediately after finishing the first book months ago! But then I read about 20 pages and just haven’t gone back to it yet. I did pick it up a while ago and read a few more pages, but again put it down. I love Brandon Sanderson and his writing and I want to read all of his books, so I will get to this one at some point.

Half a King by Joe Abercrombie

This is actually a kind of funny one. I wasn’t even ¾ of the way through this book and it was making a whole bunch of my recommendations lists, but then I never even finished the book! It’s still on my list to finish because I have the next two books in the series and I’ve heard amazing things! 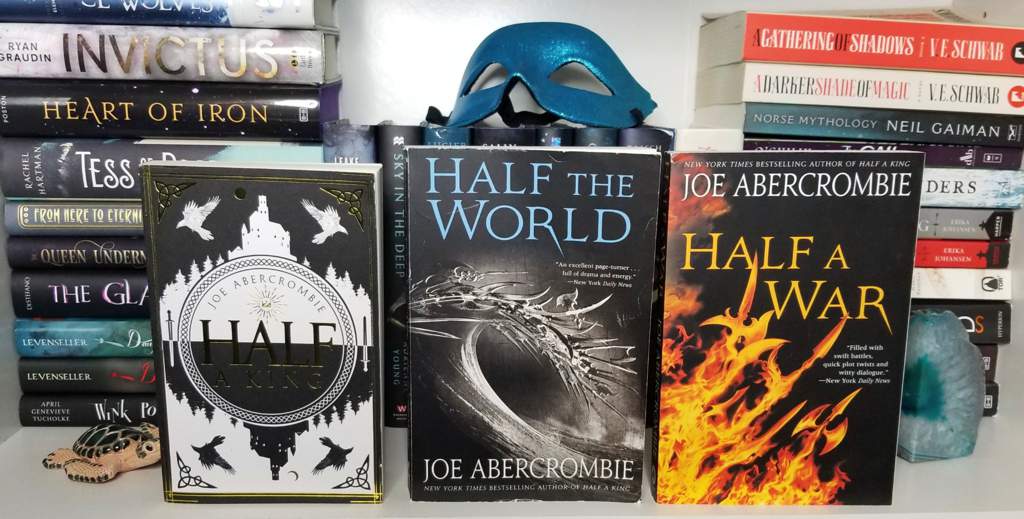 I was reading this one for a book club and, surprise! I put it down for another book! I have the gorgeous new UK paperback editions of this series, plus the next series by Robin Hobb, so I obviously need to finish book 1 so I can move on with the series. 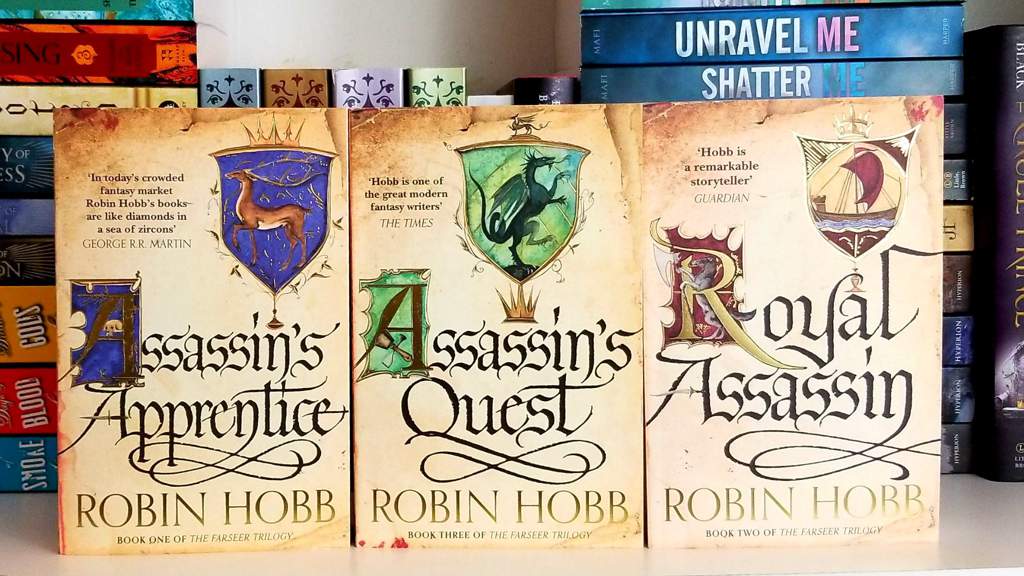 This is the second book in the Falling Kingdoms series, and the reason I put this one down is because it felt like there wasn’t really anything happening and I got bored. I do have the full series though so I really do want to push through and finish it out.

Since You’ve Been Gone by  Morgan Matson

I went through a period of time where I wanted to buy and read some contemporaries, so this was one of them. If you know me then you know that I pretty much read only fantasy, with some other things thrown in. So I put this down to pick up a fantasy that I was interested in and haven’t gone back.

You by Caroline Kepnes

If you haven’t heard of this book, it’s actually really, really creepy. It’s all about this man who is obsessed with and stalks a young woman all told from his perspective. The parts that I’ve read, you are supposed to feel sympathy for him and feel like he truly cares about her. It’s fantastically written, I’m just having a hard time actually swallowing it, since it’s so creepy. 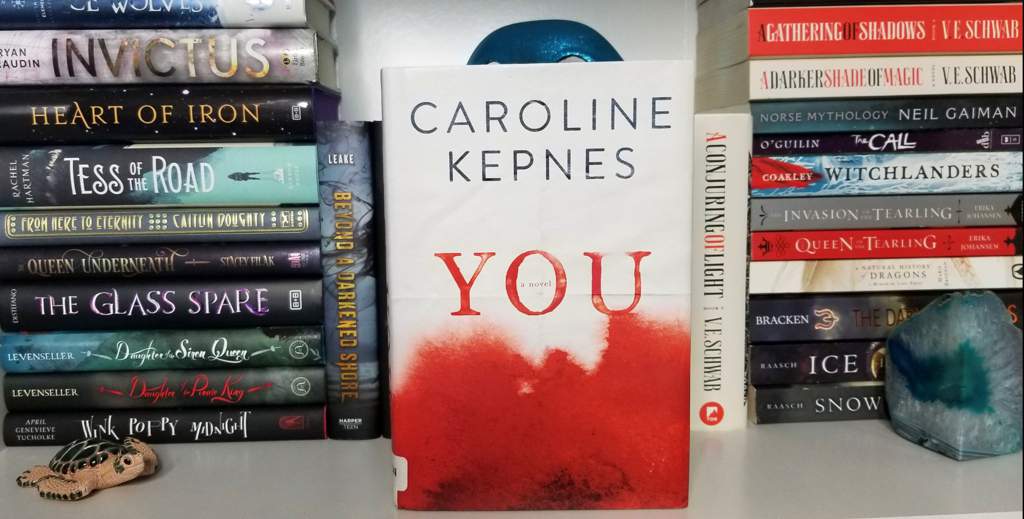 A Wizard of Earthsea by Ursula K. Le Guin

This one is a little different from the others on the list, because I’m actually almost finished with the audiobook for this. The only problem is that I have been having a terrible time trying to decipher what the narrator is saying because his accent is strong, plus it’s incredibly quiet I have no clue what has even happened or what the characters names are! This is something that I am going to have to read the physical edition of, because all of the locations and names are hard to grasp when you can’t see how they are spelled. 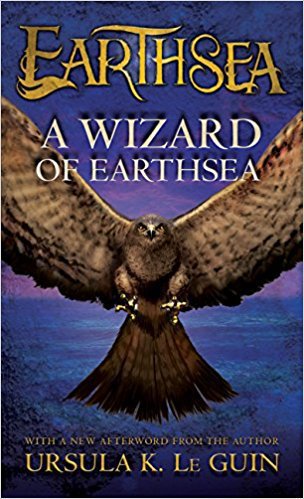 Another audio book for me, this is taking literally forever to get through! In my defense, it’s an almost 43 hour long audio book, so it’s going to take a very long time to finish. Right now I have about 20 hours to go.

This is yet another audio book on this list. Honestly, I don’t often listen to audiobooks because I sometimes have a hard time concentrating on them while I am doing other things. But I recently downloaded this one, so I’m including it on the list just based on the fact that I don’t listen to it very often. 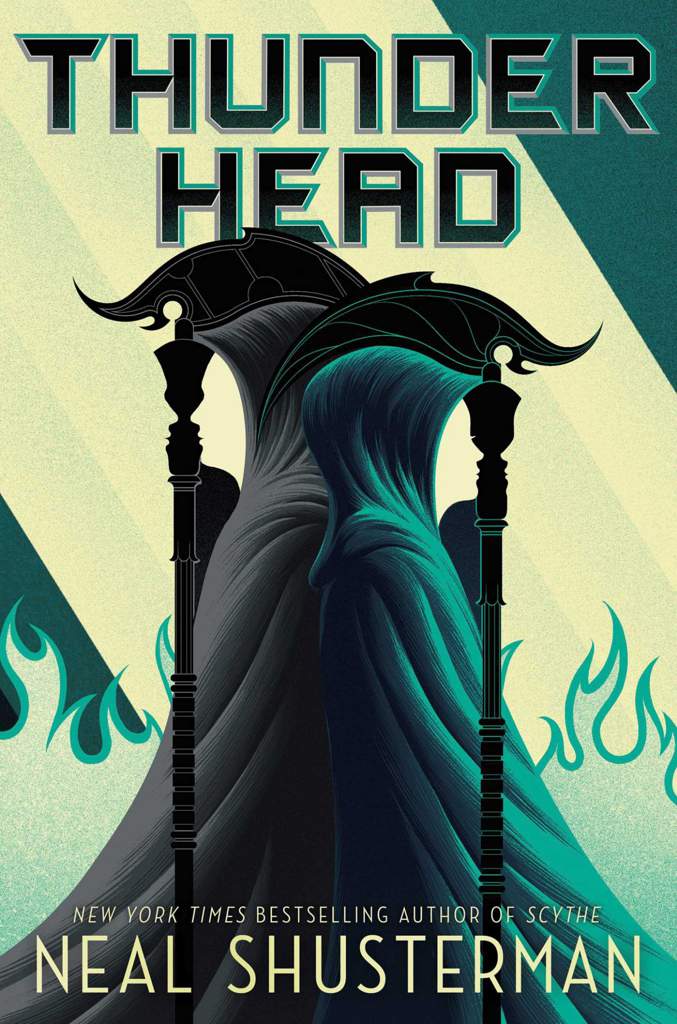 This is my final audio book on the list and it’s a non-fiction one! This one makes the list because I only ever really listen to it when I am trying to fall asleep, which sounds strange to listen to a non-fiction book, but let me explain. I have a degree in conservation biology, so evolution is something that I am extremely familiar with. Everything mentioned in this book is something that I already know, so it’s not something that I have to really concentrate on to know what is going on.  Right now I have about 13 hours left on this one. 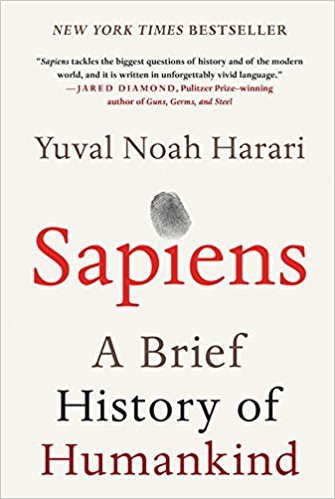 Alright so I think that’s it for the books I’ve started and put down, although I’m most likely missing some. Have you finished any of these? What are some books that you’ve put down but intend to pick up and finish at some point?