Wolf of the North REVIEW

To be completely honest, this was originally a cover buy. While I was waiting for this to arrive, I looked at the synopsis and it sounded like something I would love! Then, when it finally arrived, I was a little disappointed because it was only around 300 pages or so, which for me is a pretty small book. But let me tell you, I am so happy that I gave this a chance because I enjoyed it immensely! 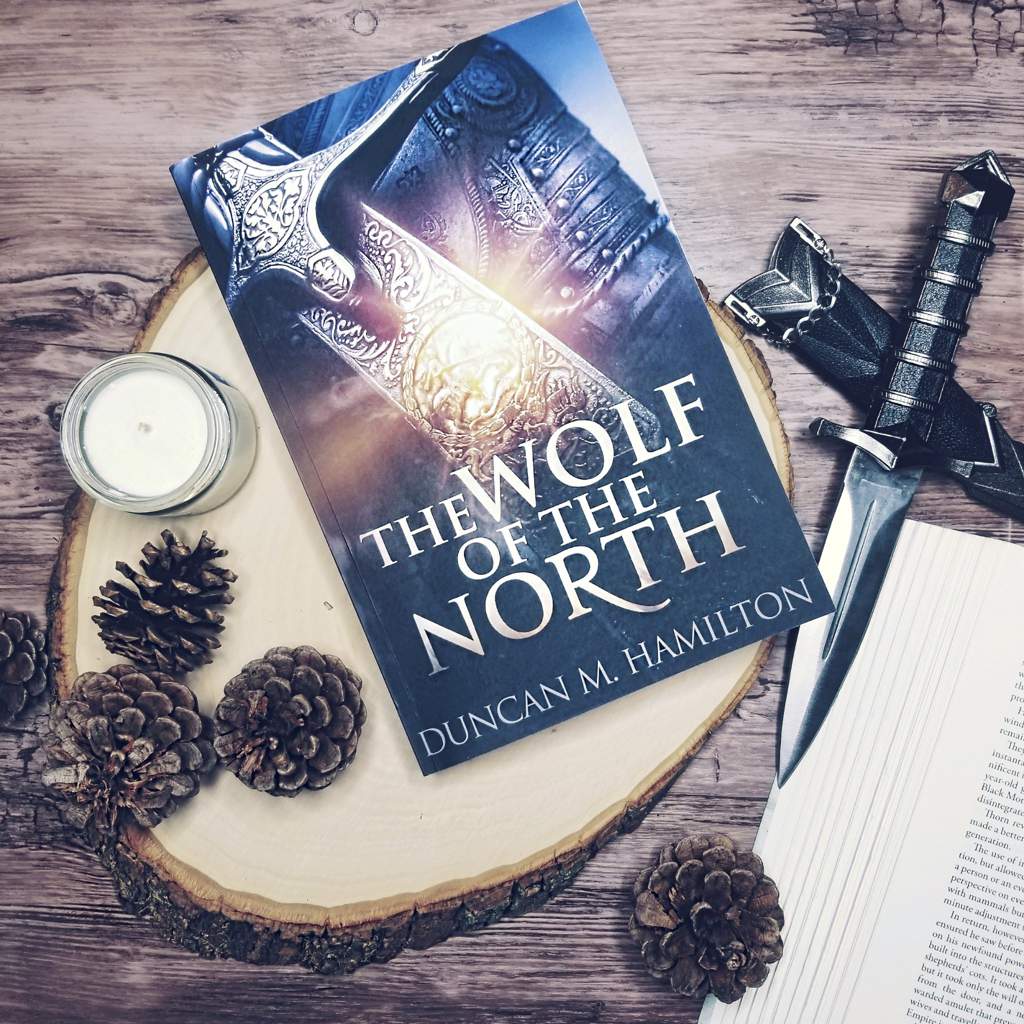 This sounds like your stereotypical fantasy novel – the coming of age of a famous and great warrior. And that is definitely the case, but there was just something about this book that really drew me in and kept me interested! There isn’t really too much that happens throughout this book as it is the first in a series, but the character growth was enjoyable and the narrator was fantastic!

Wulfric is our main character, and he is the timid and overweight son of the First Warrior of their village. He is constantly bullied by the apprentice warriors in the village and Wulfric just lets it happen until his main bully says some very inappropriate things to Adalhaid, who is Wulfric’s friend/crush, and Wulfric pretty much beats his bully to a pulp. From that day on, he decides he doesn’t want to be pushed around and starts training in secret in order to become an apprentice warrior. From there, we follow Wulfric’s journey to become a warrior and all of his struggles and triumphs. I should also mention that we know from pretty much page one that Wulfric no longer goes by his birth name and is now a legendary warrior.

I loved Wulfric’s character so much! His character development was pretty great and when he became this big bad warrior, he was still a kindhearted person underneath it all. Throughout the book I was constantly feeling bad for him because he just couldn’t catch a break! Everything that could go wrong for him did go wrong.

This felt like it really pulled a lot of inspiration from Vikings, which I am a huge fan of so that was a huge plus for me. It also was a little reminiscent of Game of Thrones, in the sense that none of the characters are safe and anything can happen.

This is definitely setting us up for the next books in the series and I think it did a pretty good job of setting up Wulfric’s journey. I do wish we would’ve gotten a little more on the other countries, but based on the ending of this book, I think that they will probably get more description throughout the next books.

I do wish that there was a little bit more of an indication that the POV was changing, as for pretty much the first half was almost exclusively in Wulfric’s POV then we started adding in a ton other POV’s to further the plot. The writing was pretty basic, but in this case I think that it worked for this book because of how short it was.

Overall, I really enjoyed this book and I’m fairly interested in continuing to see what happens to Wulfric as he is probably my favorite part of this entire book. If you like fantasy and are looking for something easier, or if you are new to fantasy, this may be a good book for you!