Posted on December 7, 2018 by Meltingpages

I mentioned a few times recently on Twitter that I’ve been in a reading slump lately, and my wrap up really proves that point! I also said that the break I took away from blogging was to do more reading, and while I technically did read, I never finished anything. It’s gonna be a pretty short post today, so let’s just hop right in! 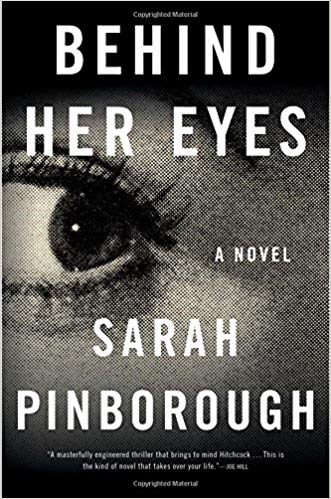 The one and only book I finished this month was Behind Her Eyes by Sarah Pinborough, which I have a full review for. If I was pressed to give a rating, I would give it an overall 3, 3.5. The majority of the book for me was fairly boring and it didn’t really feel like too much of a mystery as to what was going on, but the ending was so out of nowhere that it made me bump my rating up from a 2 to almost a 4! I generally can see the plot twists coming, and while I saw the twist at the end coming, the author then tacked on another twist right after that I never once saw coming.

If you are a fan of slower paced books and plot twists, I would definitely tell you to pick this one up! If slower moving plots aren’t really your thing, I do still recommend reading this one if only for the surprise ending.

Since I only actually finished one book this month, I wanted to do something a little different and also mention the books that I read part of because while I didn’t finish them, I still put in a lot of hours reading them all. 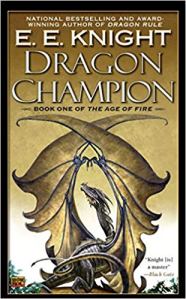 First I read 168 pages of Dragon Champion by E.E. Knight. This is the first book in the Age of Fire series, and follows a young rare gray scaleless dragon named Auron. In this world, dragons were once the “rulers”, but have since been hunted down by men, elves and drawves. At the beginning of this story (and it’s in the synopsis so it isn’t a spoiler!) Auron’s family is killed by a group of dwarves in their cave, and sets Auron on a journey to grow and survive above ground. What I really like about this one so far is it shows us different types of dragons, and with Auron being a scaleless dragon, that means he isn’t attracted to gold and jewels which I think is a pretty unique type of dragon! If you’re looking for some dragon books that aren’t the typical Smaug style dragon, check this one out! 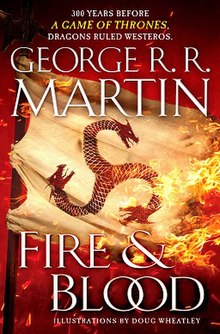 I also read 148 pages of Fire and Blood by George R.R. Martin! I absolutely adore the world Martin has created, and getting some history about that world is always a good time for me. This is all about the Targaryens, starting with Aegon the Conqueror and discusses the fall of the dragons and the Doom of Valyria. It’s a huge book (700+ pages) and it’s written like a history textbook so I’m taking this one slow, but if you are a fan of Game of Thrones and want to learn more about the Targaryens, I recommend picking this one up because it’s been really interesting to read so far! 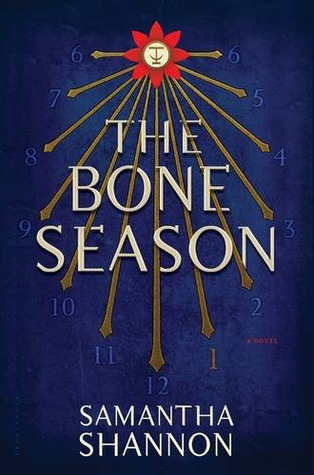 Then I read 128 pages of The Bone Season by Samantha Shannon because I really want to read some of her works before The Priory of the Orange Tree comes out next year. So far it’s been a really interesting and unique world, but I’m still pretty confused because of all the slang terms used and there hasn’t been much explanation yet into the world and how the magic system works. I did find that there is a glossary in the back, so hopefully when I pick this up next I’ll be able to figure out what the hell everyone is saying! Think of a clairvoyant secret underworld and some otherworldly creatures trying to take over the planet, and it makes for an interesting book! 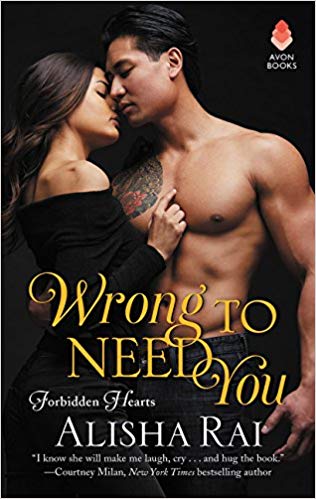 Finally I read about 218 pages of Wrong to Need You by Alisha Rai. I recently hauled this one (check Wednesday’s post!) and this one is not my usual genre, but it may be just what I need to get out of my reading slump. It’s a smutty romance novel about a woman whose husband passes away, and then she sees a tall dark and handsome stranger in a bar….who turns out to be her ex brother in law! There is a mutual attraction between the two, but neither knows and there are a lot of secrets between them. So far, it’s been not as smutty as I was thinking, meaning it’s actually got a plot that isn’t 100% about sex and actually has some pretty tough things going on, including some jail time, arson, social anxiety, panic attacks and things like that. So fair warning on all of that. It’s also diverse, with some native Hawaiians and our main characters sisters wear Hijabs and I believe are from Iran? Correct me if I’m wrong about that, as so far it hasn’t explicitly said anything about their culture or background!

What all did you read this month? I love discussing reading with you all!