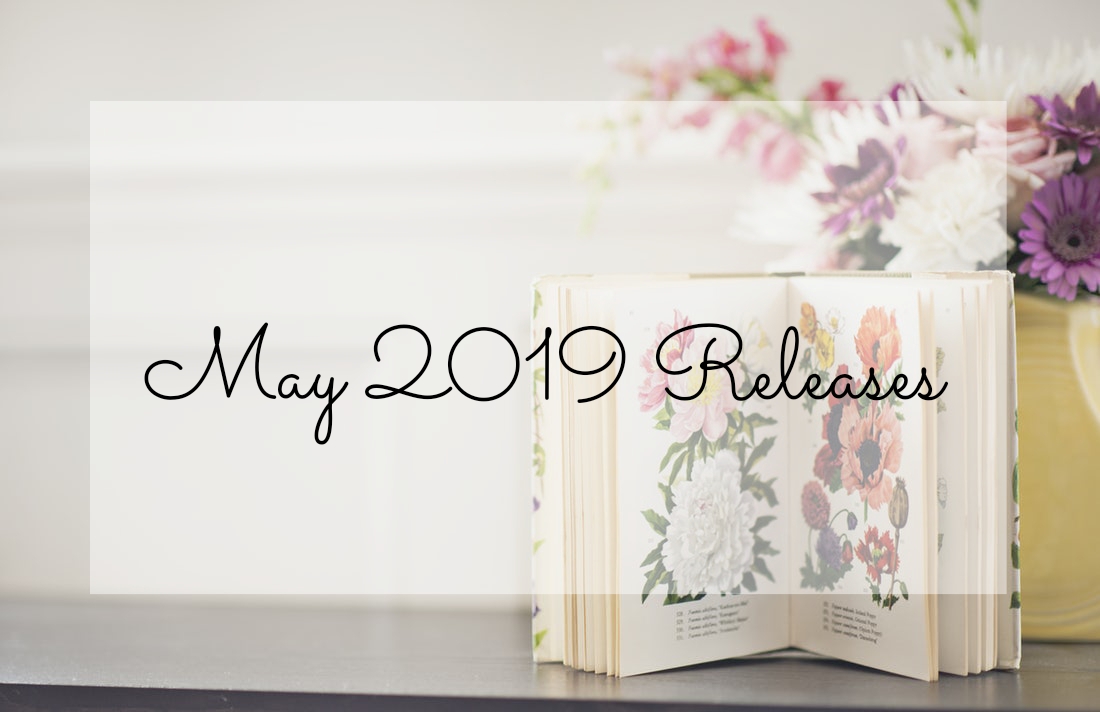 I’ve slowly moved away from the books that I am 100% buying to showing off all the books that I’m excited for for the month, whether I will buy them right away or not. I absolutely love looking at new releases and seeing what everyone is excited for, so if any of these books are ones you are excited for as well let me know! As always, I’ll have links to each book’s Goodreads page, just click on the cover of the book! 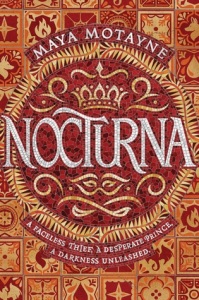 Set in a Latinx-inspired world, a face-changing thief and a risk-taking prince must team up to defeat a powerful evil they accidentally unleashed.

To Finn Voy, magic is two things: a knife to hold under the chin of anyone who crosses her…and a disguise she shrugs on as easily as others pull on cloaks.

As a talented faceshifter, it’s been years since Finn has seen her own face, and that’s exactly how she likes it. But when Finn gets caught by a powerful mobster, she’s forced into an impossible mission: steal a legendary treasure from Castallan’s royal palace or be stripped of her magic forever.

After the murder of his older brother, Prince Alfehr is first in line for the Castallan throne. But Alfie can’t help but feel that he will never live up to his brother’s legacy. Riddled with grief, Alfie is obsessed with finding a way to bring his brother back, even if it means dabbling in forbidden magic.

But when Finn and Alfie’s fates collide, they accidentally unlock a terrible, ancient power—which, if not contained, will devour the world. And with Castallan’s fate in their hands, Alfie and Finn must race to vanquish what they have unleashed, even if it means facing the deepest darkness in their pasts. 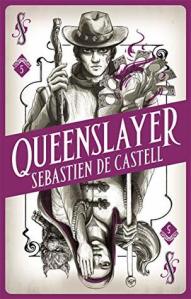 Synopsis of Book One:
Magic is a con game.

Kellen is moments away from facing his first mage’s duel and the start of four trials that will make him a spellcaster. There’s just one problem: his magic is gone. As his sixteenth birthday approaches, Kellen falls back on his cunning in a bid to avoid total disgrace. But when a daring stranger arrives in town, she challenges Kellen to take a different path. Ferius Parfax is one of the mysterious Argosi – a traveller who lives by her wits and the three decks of cards she carries. She’s difficult and unpredictable, but she may be Kellen’s only hope… 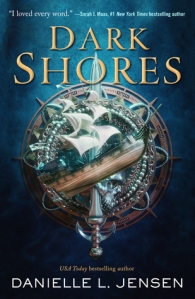 In a world divided by meddlesome gods and treacherous oceans, only the Maarin possess the knowledge to cross the Endless Seas. But they have one mandate: East must never meet West.

A PIRATE WITH A WILL OF IRON

Teriana is the second mate of the Quincense and heir to the Maarin Triumvirate. Her people are born of the seas and the keepers of its secrets, but when her closest friend is forced into an unwanted betrothal, Teriana breaks her people’s mandate so her friend might escape—a choice with devastating consequences.

A SOLDIER WITH A SECRET

Marcus is the commander of the Thirty-Seventh, the notorious legion that has led the Celendor Empire to conquer the entire East. The legion is his family, but even they don’t know the truth he’s been hiding since childhood. It’s a secret he’ll do anything to protect, no matter how much it costs him – and the world.

When an Empire senator discovers the existence of the Dark Shores, he captures Teriana’s crew and threatens to reveal Marcus’s secret unless they sail in pursuit of conquest, forcing the two into an unlikely—and unwilling—alliance. They unite for the sake of their families, but both must decide how far they are willing to go, and how much they are willing to sacrifice. 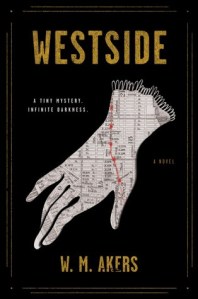 A young detective who specializes in “tiny mysteries” finds herself at the center of a massive conspiracy in this beguiling historical fantasy set on Manhattan’s Westside—a peculiar and dangerous neighborhood home to strange magic and stranger residents—that blends the vivid atmosphere of Caleb Carr with the imaginative power of Neil Gaiman.

New York is dying, and the one woman who can save it has smaller things on her mind.

It’s 1921, and a thirteen-mile fence running the length of Broadway splits the island of Manhattan, separating the prosperous Eastside from the Westside—an overgrown wasteland whose hostility to modern technology gives it the flavor of old New York. Thousands have disappeared here, and the respectable have fled, leaving behind the killers, thieves, poets, painters, drunks, and those too poor or desperate to leave.

It is a hellish landscape, and Gilda Carr proudly calls it home.

Slightly built, but with a will of iron, Gilda follows in the footsteps of her late father, a police detective turned private eye. Unlike that larger-than-life man, Gilda solves tiny mysteries: the impossible puzzles that keep us awake at night; the small riddles that destroy us; the questions that spoil marriages, ruin friendships, and curdle joy. Those tiny cases distract her from her grief, and the one impossible question she knows she can’t answer: “How did my father die?”

Yet on Gilda’s Westside, tiny mysteries end in blood—even the case of a missing white leather glove. Mrs. Copeland, a well-to-do Eastside housewife, hires Gilda to find it before her irascible merchant husband learns it is gone. When Gilda witnesses Mr. Copeland’s murder at a Westside pier, she finds herself sinking into a mire of bootlegging, smuggling, corruption—and an evil too dark to face.

All she wants is to find one dainty ladies’ glove. She doesn’t want to know why this merchant was on the wrong side of town—or why he was murdered in cold blood. But as she begins to see the connection between his murder, her father’s death, and the darkness plaguing the Westside, she faces the hard truth: she must save her city or die with it. 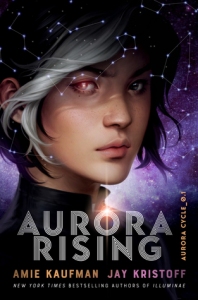 The year is 2380, and the graduating cadets of Aurora Academy are being assigned their first missions. Star pupil Tyler Jones is ready to recruit the squad of his dreams, but his own boneheaded heroism sees him stuck with the dregs nobody else in the Academy would touch…

A cocky diplomat with a black belt in sarcasm
A sociopath scientist with a fondness for shooting her bunkmates
A smart-ass techwiz with the galaxy’s biggest chip on his shoulder
An alien warrior with anger management issues
A tomboy pilot who’s totally not into him, in case you were wondering

And Ty’s squad isn’t even his biggest problem—that’d be Aurora Jie-Lin O’Malley, the girl he’s just rescued from interdimensional space. Trapped in cryo-sleep for two centuries, Auri is a girl out of time and out of her depth. But she could be the catalyst that starts a war millions of years in the making, and Tyler’s squad of losers, discipline-cases and misfits might just be the last hope for the entire galaxy.

They’re not the heroes we deserve. They’re just the ones we could find. Nobody panic.

Meet Roger. Skilled with words, languages come easily to him. He instinctively understands how the world works through the power of story.

Meet Dodger, his twin. Numbers are her world, her obsession, her everything. All she understands, she does so through the power of math.

Meet Reed, skilled in the alchemical arts like his progenitor before him. Reed created Dodger and her brother. He’s not their father. Not quite. But he has a plan: to raise the twins to the highest power, to ascend with them and claim their authority as his own.

The history books say I died.

They don’t know the half of it.

Anastasia “Nastya” Romanov was given a single mission: to smuggle an ancient spell into her suitcase on her way to exile in Siberia. It might be her family’s only salvation. But the leader of the Bolshevik army is after them . . . and he’s hunted Romanov before.

Nastya’s only chances of survival are to either release the spell, and deal with the consequences, or enlist help from Zash, the handsome soldier who doesn’t act like the average Bolshevik. Nastya’s never dabbled in magic before, but it doesn’t frighten her as much as her growing attraction for Zash. She likes him. She thinks he might even like her . . .

We Hunt the Flame by Hafsah Faizal

People lived because she killed.
People died because he lived.

Zafira is the Hunter, disguising herself as a man when she braves the cursed forest of the Arz to feed her people. Nasir is the Prince of Death, assassinating those foolish enough to defy his autocratic father, the king. If Zafira was exposed as a girl, all of her achievements would be rejected; if Nasir displayed his compassion, his father would punish him in the most brutal of ways.

Both are legends in the kingdom of Arawiya—but neither wants to be.

War is brewing, and the Arz sweeps closer with each passing day, engulfing the land in shadow. When Zafira embarks on a quest to uncover a lost artifact that can restore magic to her suffering world and stop the Arz, Nasir is sent by the king on a similar mission: retrieve the artifact and kill the Hunter. But an ancient evil stirs as their journey unfolds—and the prize they seek may pose a threat greater than either can imagine.

The Candle and the Flame by Nafiza Azad

Fatima lives in the city of Noor, a thriving stop along the Silk Road. There the music of myriad languages fills the air, and people of all faiths weave their lives together. However, the city bears scars of its recent past, when the chaotic tribe of Shayateen djinn slaughtered its entire population — except for Fatima and two other humans. Now ruled by a new maharajah, Noor is protected from the Shayateen by the Ifrit, djinn of order and reason, and by their commander, Zulfikar.

But when one of the most potent of the Ifrit dies, Fatima is changed in ways she cannot fathom, ways that scare even those who love her. Oud in hand, Fatima is drawn into the intrigues of the maharajah and his sister, the affairs of Zulfikar and the djinn, and the dangers of a magical battlefield.

The Missing Season by Gillian French 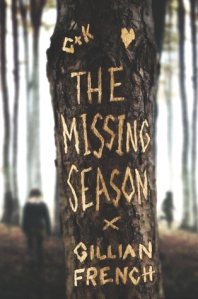 Whenever another kid goes missing in October, the kids in the old factory town of Pender know what is really behind it: a monster out in the marshes that they call the Mumbler.

That’s what Clara’s new crew tells her when she moves to town. Bree and Sage, who take her under their wing. Spirited Trace, who has taken the lead on this year’s Halloween prank war. And magnetic Kincaid, whose devil-may-care attitude and air of mystery are impossible for Clara to resist.

Clara doesn’t actually believe in the Mumbler–not like Kinkaid does. But as Halloween gets closer and tensions build in the town, it’s hard to shake the feeling that there really is something dark and dangerous in Pender. Lurking in the shadows. Waiting to bring the stories to life.

In this sequel to the instant New York Times bestseller Furyborn, two queens, separated by a thousand years, connected by secrets and lies, must continue their fight amid deadly plots and unthinkable betrayals that will test their strength—and their hearts.