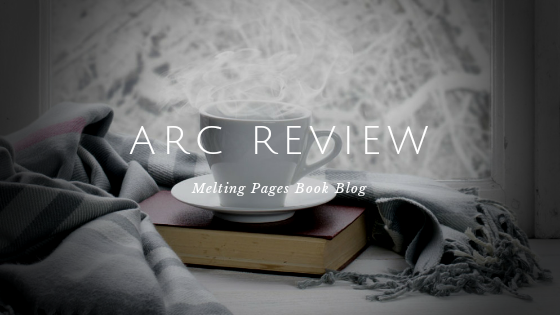 I mentioned in my review of The Bard’s Blade that I wanted to make a point to review more ARCs this year, so my next ARC review that I want to share is for Darling Rose Gold, which was actually the first thriller/mystery/suspense novel that I’ve read this year, which is interesting to me. 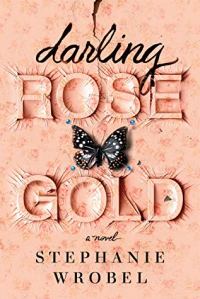 For the first eighteen years of her life, Rose Gold Watts believed she was seriously ill. She was allergic to everything, used a wheelchair and practically lived at the hospital. Neighbors did all they could, holding fundraisers and offering shoulders to cry on, but no matter how many doctors, tests, or surgeries, no one could figure out what was wrong with Rose Gold.

Turns out her mom, Patty Watts, was just a really good liar.

After serving five years in prison, Patty gets out with nowhere to go and begs her daughter to take her in. The entire community is shocked when Rose Gold says yes.

Patty insists all she wants is to reconcile their differences. She says she’s forgiven Rose Gold for turning her in and testifying against her. But Rose Gold knows her mother. Patty Watts always settles a score.

Unfortunately for Patty, Rose Gold is no longer her weak little darling…

And she’s waited such a long time for her mother to come home.

Thank you to the author and publisher for providing me with an e-ARC of this book in exchange for an honest review.

The one thing that really stood out to me while I was reading this book was the creepy vibes that just permeated this story. Every now and then there would just be something that would remind you how messed up these characters are! This is a fairly straightforward kind of thriller and the reveals that you get along the way aren’t particularly shocking, but something about these characters and this story just pulls you in and makes you read just to find out what happens next.

The way that this book reveals the secrets surrounding these two characters was really satisfying, because you would get the present situation through Patty but the past through Rose Gold, and then eventually those two timelines meet up and you finally see Rose Gold’s thinking after Patty is released from prison and just everything falls into place.

There are a lot of people who have complicated relationships with their mothers, but this book just takes that to a whole other level. I’ve never read a thriller that included Munchausen syndrome by proxy (MSBP) which surprises me because of how messed up and creepy that can be! It worked so well with this story and these characters. MSBP is a mental disorder where someone creates an artificial illness in someone under their care, usually through some type of poison, so that they can get praise from others for their nursing skills or generosity/willingness to care for someone who is ill.

Reading from the perspective of these characters makes you feel weird and grossed out because of their thoughts and personalities, and that’s really what sold me on this book. If this book sounds at all interesting to you I highly recommend picking it up because I don’t think it will disappoint.