You would think that with everything going on in the world lately that I would be getting so much reading done, right? Well, you’re wrong! For some reason, I’m struggling so badly with wanting to do anything book related and have been spending most of my time either playing video games or watching Netflix. That said, I did manage to get 6 books read in March, which isn’t too bad but is definitely less than what I’ve read previously this year!

Before we get into the actual books, I want to go over some stats! I read a total of six books in March for a total of 2,469 pages. I had: 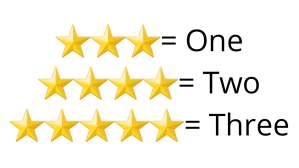 Out of the six books I’ve read, three of them were the first in new series (I know, I’ve really got to work on the series that I’ve already started instead of starting new ones), and one was a continuation in a series. Two were thriller/mysteries, one was romance, and three were fantasy (two of them you could classify as fantasy romance, technically). I guess you could say I’m in a romance mood?

Eight Perfect Murders by Peter Swanson – ★★★☆☆
I don’t know if it’s just me or if this author just doesn’t click with me, but I’ve now given up on one book by this author and thought this one was just…okay. There wasn’t any one thing that I can point to to say why I didn’t love this, but it just lacked a lot of things that I like in my books – I didn’t connect with any of the characters, some of the people/plot lines had no reason to be there, and I didn’t find the twist at the end all that interesting. This will probably be the last book I’ll try by Peter Swanson, which is a shame because I know he’s a pretty popular author.

Then She Was Gone by Lisa Jewell – ★★★★☆
I’ve had this one sitting on my shelves for quite a while because I got it from one of my very first Book of the Month boxes, but I in fact listened to this one on audio! This one was so messed up, and while I was expecting it to go the way that it did, it was still really disturbing and wild! This was the first book by Lisa Jewell that I’ve read, and I’m eager to read more of her books as I know that there are others that are more well loved than this one, which tells me that I’ll probably love them!

The Die of Death by Kenneth B Andersen – ★★★★☆
This one I read for the Ultimate Blog Tour hosted by The Write Reads over on Twitter, and I’m so thankful that I was included! I really enjoyed this next adventure that Phillip and Satina had, and I’m curious to see what happens in the next book in this series! If you’re interested in my review, you can check that out here. As this is the second book in the series, I don’t want to say too much, but I still think that this series – despite it’s setting – reads on the younger end of YA, so keep that in mind as well!

The Deal by Elle Kennedy – ★★★★★
I’m not gonna lie, if it weren’t for the fact that I read House of Earth and Blood this month, The Deal would be my favorite book that I read in March. This just hit so close to home with some of the issues the characters were facing, so much so that even though I easily could’ve finished this in a day, I had to set it down so I could calm down because I was just so emotional! Emotions aside, this was equal parts smutty and adorable and is pretty much the perfect combination for me when it comes to romance. I’m also loving that the guys are all hockey players, because yes please! I’m currently binging the whole series and currently I’m almost done with book 3 and I think they’re all going to be 5 stars!

Dark Shores by Danielle L Jensen – ★★★★★
In my quest to reach the mythical 80% on Netgalley, I decided that I really need to read some of the arcs that I requested before I had a reliable way of reading them. (Yes, I know that’s not very great for me to request books when I couldn’t read them, but now I can!) I jointly read my e-arc and listened to the audiobook of this, and it was so good! It gave me major Pirates of the Caribbean meets the Roman Empire vibes, which was something that I didn’t know I needed in my life until I read this book. I also totally ship the main characters together, and I can’t wait to see what happens because if one character gets what they want, the other will suffer and that’s a dynamic I am totally here for.

House of Earth and Blood by Sarah J Maas – ★★★★★
I didn’t think it was possible for me to love a book more than I love Throne of Glass and A Court of Thorns and Roses, but holy shit, SJM did it! I had so many emotions while reading this book, like, Kingdom of Ash level emotions. I definitely took my time reading this because I didn’t want it to end! No matter what your feelings are on Maas, you can’t deny that she has an incredible talent when it comes to making you fall in love with her characters. I would honestly die for Hunt and Bryce! I have no idea where this series will go because this felt like a completed story to me, but no matter what I’m going to be picking it up the minute it’s available.

What books did you read in March? What are your thoughts on the books I read? Let’s chat!

Category: Wrap Ups and HaulsTags: march wrap up, wrap up

11 Comments on “March Wrap Up”